There’s nothing new, per se, about the swingers’ lifestyle. Thinking about the term conjures feathered hair, key parties, fondue, and maybe things your parents did in the ’70s you don’t need to know about. And, it means the same thing then as it does now. “Swinging means having sex with other partners, together or apart,” psychotherapist Tammy Nelson, PhD, author of The New Monogamy tells me. “It involves consensual experiences that the partners discuss before during, and after with one another, where the details are shared as much or as little as desired.”

What’s thoroughly modern about swinging, though, is the normalization of less-traditional relationship forms. ⁠For example, Silicon Valley‘s Thomas Middleditch recently declared that swinging “saved” his marriage. And while keeping an open mind to the swingers’ lifestyle won’t necessarily be so integral to the health of your relationship, checking in with yourself about your preferences might be a worthy exercise. After all, research has pointed to swinging correlating to happier marriages and life satisfaction.

“Swinging can add excitement to a couple’s relationship when they have a solid foundation of trust and connection,” Dr. Nelson says. “Being with other people in a nonexclusive sexual experience can heighten the attraction to one another. Although that may seem paradoxical, the intensity and the eroticism can add an element of aliveness to the commitment.” 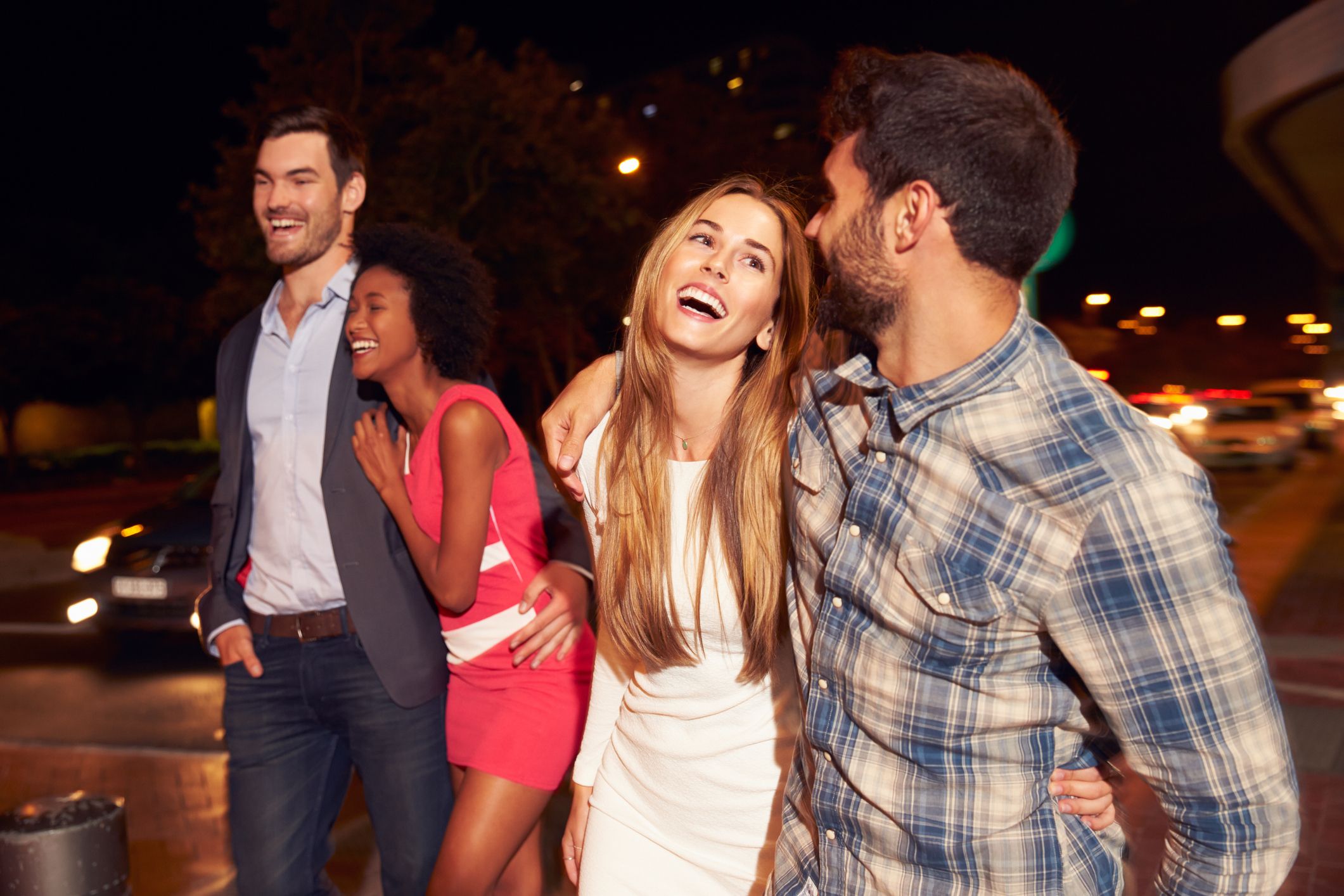 So in essence, swinging is more about being open to new physical experiences. But before you kick up your legs and adopt that swingers’ lifestyle, there are a few things to keep in mind. Below, find Dr. Nelson’s non-negotiable tips for having a healthy swinging relationship.

You’re on a double date, the wine is flowing, your partner’s best friend gives you a look. This shouldn’t be the moment you decide to start swinging, my love. If you’re going to make a big-ticket decision like opening up your relationship, it shouldn’t happen in a haphazard way that feels pressured or rushed.

Okay, so you and your S.O. have had a talk…or 50 of them, and you both are on board with the concept of getting intimate with other people. Even in this case, ease in slowly.

“Don’t rush,” Dr. Nelson says. “It’s better to go in with hesitation, crossing lines with trepidation, checking in with one another, and then moving forward again. Do this while talking about how each of you feels and what the setup is doing to your relationship. Learn to communicate far more than you ever have.”

This is a good rule to follow for all relationships and also for life, and it’s an especially smart idea if you’re opening up your relationship to swinging. These sorts of extra-relationship activities can get messy if both partners aren’t 100 percent in agreement.

“If you want something but your partner doesn’t, it’s important to honor your partner’s limits,” Dr. Nelson says. “This is not about compromise. Compromise means one partner gets hurt while the other partner only gets some of what they want. This is about agreeing.”

Overall, when it comes to swinging, there needs to be a firm foundation of consent and willingness to update the policy if one partner feels out of step.

“Monogamy is not one thing,” Dr. Nelson says. “It falls on a continuum. It can mean being traditional and committed, and it can mean having open sexual behaviors with a number of other people. Defining it, over and over, is part of what makes a relationship work.”

Not for you? There’s also an argument to be had for ethical non-monogamy. And here’s what to do when you’re dating and—yikes—find yourself in the middle of someone’s open relationship.