The history of this super-fascinating sexual kink.

But how much do you know about what it really means?

The first recorded use, according to the Oxford English Dictionary, was in a satirical poem called “The Owl and The Nightengale.”

The word is derived from the cuckoo bird who is known for laying its eggs in the nests of other birds.

Only in this case, instead of eggs, it’s a wife laying with a man who is not her husband, especially so when the alpha husband needs chastity at the moment.

Yeah, it doesn’t really track, but let’s just roll with it.

An important part of this definition is the notion that the husband has no idea that his wife is pulling one over on him.

Not only is he not “man enough” to keep his woman from straying (because that’s how it works, EYEROLL), he’s also a fool who doesn’t even realize that his wife is cheating on him.

When someone mentions horns this way, they are referring to the mating rituals of stags.

You know, because male stags fight each other using their horns to win themselves a nice looking female stag.

Suffice to say, slang has changed a lot over the years.

It’s most often used to refer to a beloved sexual fetish.

“Cuckolding” or “cucking” is when a man and his partner derive sexual pleasure from the woman having sex with men who are not her partner.

Very often, her partner is “forced” to watch his wife or partner being unfaithful.

It’s a fetish that, like many others, is formed in a masochistic love being humiliated.

Like with many other kinks, what’s appealing to men who are self-proclaimed cucks is the element of escapism, taking a break from the restrictions of their daily lives.

“It’s a stress reliever,” says Dave (not his real name), a cucking enthusiast who I spoke with for this story.

“I know my wife loves me, I know she’s not going anywhere, but the idea that I’m not man enough for her or that she has needs I can’t meet really gets me going,” he says.

“It’s atavistic,” he added. “Like, my role as her husband is to give her kids and keep her satisfied, right? But when I’m cucking, it’s taking those expectations and totally ripping them away. It’s a high like nothing else.’

Dave has some important advice, though: “Don’t try it unless you understand that it’s for keeps. She’ll have had sex with another guy and you can’t change that.”

Cuckolding, or cucking, is also sometimes referred to as hotwifing, you know, like hot-wiring a car. But with a wife.

While many other sexual fetishes have become more accepted in the mainstream (I’m looking at you, 50 Shades), cuckolding is still something that stays in the closet.

That said, it’s still a really popular fetish, allegedly even in Hollywood.

In a letter to his mistress, Tiger Woods is said to have fantasized about coming home to find her having sex with two other men. 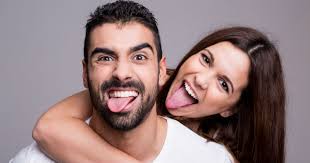 Cuckquean or female cuckolds are totally a thing, too.

There is, of course, an equivalent moniker bestowed on women who like to watch their men having sex with other people.

Because cuckqueans are women there has been much less research done about the female side of cuckholdry.

(Pause while I briefly shake my fists at the heavens for not science and psychology not doing female sexuality justice.)

You don’t need to look very far on the internet to see that cuckqueans are everywhere.

Many women who are practicing submissives love the idea of watching their man have sex with other women.

Gay and lesbian couples can also (and do) enjoy this particularly racy and satisfying sexual fetish.

Sexual fetishes (and sexual practices in general) are usually subject to mockery or judgment.

It’s unfortunate, but that’s how it will continue to be until we as a culture are more accepting of sex and sexuality as a central part of our humanity.

When MRA members accuse a man of being “cucked” they aren’t commenting at all on his sexual practices.

It’s also used by the alt-right (you know them, those white supremacist “white nationalist” guys) in a similar way.

It’s disheartening (to say the least) that a term being embraced by the kink community meant to apply to a subversivion of gender roles for sexual pleasure is being used to emasculate men simply for seeing women as people.

Popular Facebook personality The Skeptical Beard (photo above) found himself attacked by the MRA community for posting a photo himself wearing a t-shirt that said “cleavage is not consent.”

His stance against rape made him, according to these guys, a cuck.

That’s right, nowadays saying you don’t support rape is enough to illicit an attack on your manhood.

REAL cuckolds today are not pushovers, weaklings, idiots, or anything else derogatory.

Cuckolds are men who have found a niche sexual fetish that appeals to them and makes them happy.

They aren’t causing harm, and they don’t deserve to be publicly shamed.